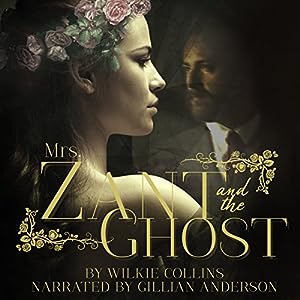 Another classic deal from Amazon and Audible.

Click source below to get to the book page on Amazon. Click add Audible edition  for .99 in the buy now section. Then hit the one click button.

You'll have the Kindle book with its Audible companion in your library. Although more violent than the first two in the series, the development of the characters is superb. We learn a lot more about Robin's background in this book.

The mystery was wonderfully done and I didn't figure it out although it is fair play. Many will enjoy the references to Blue Oyster Cult rock lyrics.

The narration of the audible book was fantastic.

I couldn't imagine reading this book without having read the first two in the series and would recommend the books be read in order. This extremely well-written cozy features Blanche, an African-American housekeeper, and how she becomes ensnared in the shenanigans of her ne'er do well employees. I absolutely love the down to earth wisdom of Blanche; she is not a saint but a thoroughly fleshed out character. I will definitely be reading more in this series. Listened to Audible book narrated by Robert Bathurst. Bathurst does a good job but his performance of Ruth sadly doesn't come close to Ralph Cosham's.This novel is set in Three Pines but is not a straight murder mystery. Once again Gamache must save the world singlehandedly - a bit far fetched and tends to put this book more in the action thriller category.Still it was an enjoyable listen but I am not sure I'll revisit this book anytime soon.

A month ago, I shelved a book 'responsible-shaming' on GoodReads to remind myself to stay away from the author. I did not rate or review the book.

Today, I get this private message from the author -

Is this just a ploy to get attention? The first 7 Outlander books are available in their entirety for $1.99.

Over 7,000 pages in this kindle exclusive Not everyone shares our love for books, making some conversations very unpleasant.

Happy 4th of July! 10 Quotes to cherish your freedom and independence

Happy 4th of July, folks! In honor of the Independence Day we're sharing quotes about freedom, liberty and independence referring to all life fields.

Remember, be free, be happy. Nelson Mandela is one of the great moral and political leaders of our time: an international hero whose lifelong dedication to the fight against racial oppression in South Africa won him the Nobel Peace Prize and the presidency of his country... Written in 1948, 1984 was George Orwell’s chilling prophecy about the future. And while 1984 has come and gone, Orwell’s narrative is timelier than ever. 1984 presents a startling and haunting vision of the world, so powerful that it is completely convincing from start to finish. No one can deny the power of this novel, its hold on the imaginations of multiple generations of readers, or the resiliency of its admonitions—a legacy that seems only to grow with the passage of time... They say that the cure for Love will make me happy and safe forever. And I’ve always believed them. Until now. Now everything has changed. Now, I’d rather be infected with love for the tiniest sliver of a second than live a hundred years smothered by a lie. Mademoiselle: Coco Chanel and the Pulse of History - Rhonda Garelick

Certain lives are at once so exceptional, and yet so in step with their historical moments, that they illuminate cultural forces far beyond the scope of a single person. Such is the case with Coco Chanel, whose life offers one of the most fascinating tales of the twentieth century—throwing into dramatic relief an era of war, fashion, ardent nationalism, and earth-shaking change—here brilliantly treated, for the first time, with wide-ranging and incisive historical scrutiny... A Room of One's Own - Virginia Woolf

"A Room of One's Own", based on a lecture given at Girton College, Cambridge, is one of the great feminist polemics, ranging in its themes from Jane Austen and Carlotte Bronte to the silent fate of Shakespeare's gifted (imaginary) sister and the effects of poverty and sexual constraint on female creativity. A novel of intense power and intrigue, Jane Eyre dazzles and shocks readers with its passionate depiction of a woman’s search for equality and freedom. Orphaned Jane Eyre grows up in the home of her heartless aunt, where she endures loneliness and cruelty, and at a charity school with a harsh regime. This troubled childhood strengthens Jane’s natural independence and spirit—which proves necessary when she takes a position as governess at Thornfield Hall. But when she finds love with her sardonic employer, Rochester, the discovery of his terrible secret forces her to make a choice... Invisible Man is a milestone in American literature, a book that has continued to engage readers since its appearance in 1952.  A first novel by an unknown writer, it remained on the bestseller list for sixteen weeks, won the National Book Award for fiction, and established Ralph Ellison as one of the key writers of the century.  The nameless narrator of the novel describes growing up in a black community in the South, attending a Negro college from which he is expelled, moving to New York and becoming the chief spokesman of the Harlem branch of "the Brotherhood", and retreating amid violence and confusion to the basement lair of the Invisible Man he imagines himself to be. Milkman Dead was born shortly after a neighborhood eccentric hurled himself off a rooftop in a vain attempt at flight. For the rest of his life he, too, will be trying to fly. With this brilliantly imagined novel, Toni Morrison transfigures the coming-of-age story as audaciously as Saul Bellow or Gabriel García Márquez. Based on more than forty interviews with Jobs conducted over two years—as well as interviews with more than a hundred family members, friends, adversaries, competitors, and colleagues—Walter Isaacson has written a riveting story of the roller-coaster life and searingly intense personality of a creative entrepreneur whose passion for perfection and ferocious drive revolutionized six industries: personal computers, animated movies, music, phones, tablet computing, and digital publishing... Set in the 1950s Paris of American expatriates, liaisons, and violence, a young man finds himself caught between desire and conventional morality. With a sharp, probing imagination, James Baldwin's now-classic narrative delves into the mystery of loving and creates a moving, highly controversial story of death and passion that reveals the unspoken complexities of the human heart. Source and more desserts for 4th of July -> Three books in a single kindle volume are available today for 17 cents!

My Glamour Shot - just for fun

I must be having a bad hair life